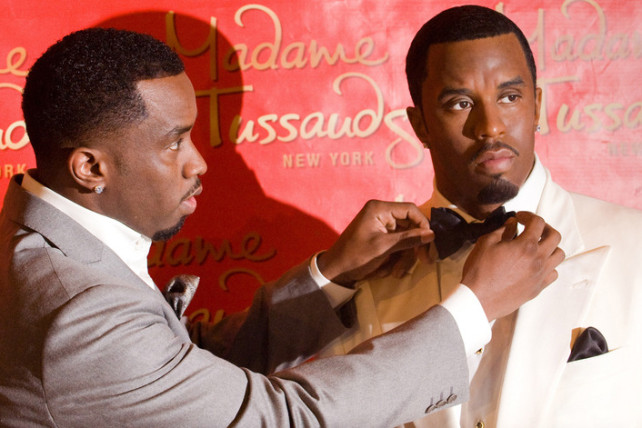 By guest writer Malcolm Mutare, Entrepreneur and Executive Consultant – Marketing at Murason Business Services. He also the head of Koffee Brown Management an events management company with a main focus on corporate events as well as an active partner in Mambo International Holdings an import & export Company. He holds a Diploma in Information Systems (IMIS) and is currently working towards a LLB Law Degree with UNISA. Furthermore he is also a reputed DJ and sought after re-mixer based in Pretoria.

In whatever area of Business anyone who boldly proclaims “TEN YEARS FROM NOW WE STILL BE IN TOP” is expressing high confidence in themselves and their work, while simultaneously making a prophetic statement that can only attract a “we will see” and not so positive responses from those who hear these words. With new start-ups tumbling as quickly as they set up shop left, right and center in the corporate arena, it makes sense to go along with the “non-believers” so to speak. Take things a step further and put this above quoted statement in the context of the musical business arena. This is a dog eat dog world, filled with one hit wonders and fly by night acts who like start-ups disappear into thin air after a short lived spell of success.

Over ten years ago, a young flashy Sean Combs better known as Puff Daddy, P.Diddy or simply Diddy dared to utter the words “TEN YEARS FROM NOW WE STILL BE IN TOP” and he meant it. In fact in the late 90’s these words were more like a mantra that he spoke on almost every record of music he appeared on. Today Sean “Puffy” Combs is not only around, but he runs a successful business empire with interests in clothing, premium vodka, restaurants just to name a few.  While successfully accumulating all these victories, he never neglected his core area the music business. In effect he literally “sits on top of it”, Forbes magazine put his net worth at US$580 Million. Effectively making him the richest person in the Hip Hop musical arena.

With this in mind let us briefly explore 5 Divinations that seem key to the success and duality of Sean Combs as a business man with the view that anyone seeking to build enduring success can draw from these principals and apply them in whatever field of business they operate in.

The cliché constantly asks, “What’s in a name?” Well Giorgio Armani, Steve Jobs, David Beckham, Tiger Woods, Michael Jordan, Bill Gates and Tom Ford to name a few are not just names, they are strong brands derived from the personalities who embody them. The concept is to turn your name into a valuable entity that has market value and sell products around that name.

Sean Combs definitely has managed to grasp this principle and effectively implement it. Most of his business interests are centered either around his name, or alternatively have him openly portrayed as directly involved, this in turn increases market value of products just by virtue of his involvement. Sean John Clothing, his restaurant chain Justin’s (named after his son), and his edition of headphones Diddy Beats just to name a few are examples of business ventures that have been lucratively pivoted around him as a brand. The key factors to his successful personal branding appear to be;

The brand in question should always be managed and viewed by consumers of the brand to be in good health, in both good and bad times. The greatest demonstration of how well Sean Combs has managed his brand well has to be how has managed to weather the storm of legal battles that could have badly affected his brand.

He has successfully navigated through several court cases involving shooting charges, negligent working conditions in his clothing factories among others. In all cases not only has his brand escape unscathed, in contrast smart marketing has put a positive spin on events and capitalized on the free publicity through the media coverage.

It seems Sean Combs is a believer of the mantra “Follow your passion and you will never have to work a day”. All his business interests are simply extensions of his personality. This makes it easy to inter-change the multiple hats he seems to wear across his various business interests.

This brand synergy not only preserves integrity, but also essentially makes it easy to sell products or services around his brand, because there is chemistry between the brand and product.

Entrepreneur’s can definitely follow suit as they seek to create and manage brands. Almost every brand needs a face and voice and personal branding makes it easier to communicate values of an organization as the brand is brought to life in a practical sense through personal branding.

In business, as good progress is made, core goals and objectives achieved, most people seem to relax and think it will be smooth sailing from there on. The opposite is actually true as the hard work only begins at this stage. Successful businessmen can attest that achieving success is only one part of the puzzle, growing and maintaining it is the hard work.

The market gets tired of old ideas and brands very quickly, in this current information age the life span of both ideas and brands has been cut shorter. Sean Combs as Puff Daddy, Sean John, P. Diddy, Diddy Dirty Money and his current alias Ciroc Obama, he has consistently and successfully re-branded himself over the years. This has been key to his brand remaining fresh and relevant to the market at any time. Had he stuck to his original moniker definitely his brand would have gone stale over the years.

Entrepreneurs, companies and brands should learn to keep themselves current and relevant by constantly re-inventing themselves and projecting their brands in new creative ways.

On conducting research on this article, I came across a very interesting incident involving Sean Combs. In preparation for a popular event he hosts every year in New York  (an All White Themed Party), he hired an event organizer to handle party décor and catering. After consultation with the event organizer expenses for the event where calculated to be about $10 000. Sean Combs provided the money so the event organizer could get on with his work. The event organizer trying to make a quick dollar then decided to buy cheaper white décor than they had agreed on.

On the day of the event, as soon as Sean Combs walked into the venue, he noticed this seemingly small detail and was enraged. He started tearing down the décor and was eventually calmed by the event organizer admitting his deceit and promising to handle the event at no cost to Sean Combs.

What stands out (besides the tantrum) was how a man of such stature cared about such a small detail and was not willing to compromise on it. I was left to wonder the amount of energy, passion and attention to detail that he would invest when the stakes are higher say in a multi-million dollar deal for example.

Many business people fail to progress because they are willing to compromise and accept conditions that they do not agree with and are not lucrative for them, both financially and otherwise. To be a market leader, an entrepreneur or company should be willing to do everything to realize a vision in its purity and realize that good constantly stands in the way of best. Therefore instead of a compromise a genuine win-win situation that satisfies all parties should be sought, otherwise no deal is the only option.

Anyone with an ear for Hip Hop music will truly attest that Sean Combs is not the most gifted rapper in terms of skill. He would pale in comparison to your Talib Kweli’s, Commons, and Black Thoughts of this world. By his own admission he proudly states “Don’t worry if I don’t write rhymes, I write cheques”.

His body of work in music is littered with guest appearances, in fact his solo efforts are far out weighted by his work with other artists. However failing to recognize that he is a great collaborator, who has a gift for pairing energies and bringing out the best in musicians to make iconic musical records would be showing a lack of insight into his genius. He is the modern day version of say Quincy Jones, a producer who makes great music by mentally pulling the magical strings to direct the hands and voices of artists making the music. Through this avenue he has birthed and nurtured many musical careers.

It is more insightful to view his collaboration work as out-sourcing as he is exceptional in combining different sources and producing good results. Without his effort, not only would the musical work not be as great, but without his involvement it probably would not exist to begin with.

On the same note Entrepreneurs tend to be hands on in their operations; this brings in the risk of trying to do everything alone, resulting in sub standard work and products. Collaboration recognizes the strength of delegation, teamwork and the fact that no one is omniscient. Every opportunity to work together and exchange skills with a common goal in healthy conditions should not only be welcomed, but also actively sort out.

Supposed you woke up on Monday morning and before you adorn yourself in a fine tailored Sean John clothing dress suit, you spray on the stylish Un-forgiven cologne by Sean John to complete the circle of confidence. As you have your breakfast you catch bits of Making The Band Season 2 on MTV. You go to work and get down to business. If you happen to be in the right town (Atlanta or New York), lunch can be had at Justin’s a restaurant where you tuck in your meal and wash it down with AquaHydrate mineral water.

After a hard day of work you drive out listening to your favorite Notorious B.I.G song and head to the gym. During your workout you listen to tunes on your portable player wearing a pair of Diddy Beats headsets. Afterwards you drive back home to dress down to some Enyce casual wear before heading out to your favorite nightspot and order yourself some Ciroc Vodka.

On the surface it seems like a typical day for the average young professional. It is, except Sean Combs would have profited from you, either by you consuming his product or via one of his multiple endorsement deals at every step outlined in your day.

Sean Combs is definitely a businessman who does not believe in putting his eggs in one basket. Success in one area does not have to mean the ceiling has been reached; it might be a sign that it is time to look for a different sky and set higher limits. Businesses and Entrepreneurs can emulate this example by diversifying their services and products to other areas outside their core business interests. This growth can increase cash flow and provide a cushion against problems in one area of business.

In conclusion, not only has Sean Combs managed to build a successful business empire, centered around him as a strong personal brand, he has managed to grow beyond his primary field of music, and conquer fashion, hospitality, television, and acting among other fields. What is most admirable about him is that it has been more than ten years, probably close to twenty now and he has lived up to his word. Ten years later he is still on top. Literally.